Twitter has rolled out some new tweaks for its audio Spaces tool, including easier Spaces sharing to help boost awareness and engagement, and new search tools to find the most relevant Spaces at any given time.

First off, Twitter has added a new option which will now enable Spaces attendees to tweet directly from within a Space, with the specific Space hashtag automatically populated within your new tweet.

As you can see here, now, when you tap the tweet button while attending a Space, your tweet will include both the relevant hashtag and Space link, making it easier to quickly amplify the broadcast to your followers.

That could be a handy promotional prompt for Spaces hosts, and you can expect to get a lot more requests to share Space details in order to attract more listeners. The option is now available on both iOS and Android.

Spaces discovery is also key – because if people can’t find Spaces that are relevant to them, they won’t be able to tune in, and they’ll give up on the function pretty quickly.

To help address this, Twitter has added some new search options within the Spaces tab, which is currently being tested with some users.

As you can see, people who have the Spaces tab will now be able to use the new search options to find relevant Spaces. Which will help, but the true key to maximizing Spaces will be in discovery, and highlighting relevant Spaces to each user based on their interests.

Twitter’s recommendation algorithms haven’t traditionally been that great at helping users find the most relevant topics and tweets, but it’ll be hoping that it can improve on this to maximize Spaces usage, while these manual search options will also provide additional direction.

Of course, that’s only of any use to those who can access the Spaces tab, which is currently in limited beta. But that’ll likely change next week, when Twitter retires Fleets, with in-progress Spaces to be highlighted along the top of feed bar instead. Expect, also, that Twitter will release the new Spaces tab to everyone as a result of this change.

And finally, Twitter has also added some new guest management options within Spaces, with the control bar for participants on top of the guest management page, so that it’s always accessible. 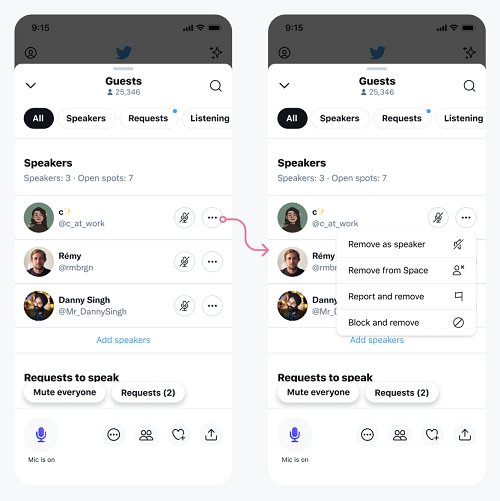 Twitter’s also improved the layout here, making it easier for hosts to see who’s in their Space at any given time.

These are small refinements, on balance, but each serves an important purpose in the broader picture – and with Twitter about to put a lot more emphasis on Spaces, it’s important that the platform maximizes all opportunities, in order to boost engagement and interest.

Again, discovery is the true key, with Clubhouse finding that the more it opens up, the harder it is to filter its Room recommendations to keep users engaged. Twitter will need to do better on this front, and while it’ll be reliant on algorithms in large part, manual search will also help to boost Spaces usage. 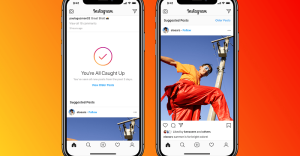