As part of its broader shift towards video content, in order to maximize user engagement, Instagram is testing two new options that would further integrate its various video functions, following the merger of IGTV into its broader Instagram Video offering.

First off, Instagram is testing new, longer video uploads in Stories, with videos of up to a minute in length no longer being cut down into smaller chunks.

As you can see in this screenshot, posted by app researcher Alessandro Paluzzi, this new notification is currently sitting in the back-end of the Instagram app, which will eventually alert users to the update.

That’ll essentially enable you to upload full Reels clips to your Stories. Reels clips were extended to 60 seconds back in July, and with this expansion in Stories, that’ll mean that you can just upload your whole Reel to Stories as well, or instead of to the specific Reels feed.

Which could make this second update in testing somewhat obsolete.

As you can see in this example, posted by Ahmed Ghanem (and shared by Matt Navarra), Instagram is also testing a new option that would redirect users to full Reels clips from Stories, when you share your Reels to Stories as well.

Which is designed to raise more awareness of the app’s various video tools, and bring them all together, which is Instagram’s real, broader aim, as it moves further away from its ‘square photo sharing’ roots.

Back in January, Instagram chief Adam Mosseri flagged a coming consolidation of the app’s video products, with a view to streamlining content creation and process, and scaling back the platform’s various tools.

“We’re looking about how we can – not just with IGTV, but across all of Instagram – simplify and consolidate ideas, because last year we placed a lot of new bets. I think this year we have to go back to our focus on simplicity and craft.”

Much of the discussion in that podcast chat focused on the challenges posed by TikTok, and how Instagram was looking to adapt. Mosseri noted that TikTok had taken the lead on many fronts, which it’s continued to expand since.

Which is why these new tests make sense. By streamlining the app, that’ll make it easier for Instagram to put more specific focus on the key elements driving the most in-app engagement – specifically Stories and Reels – while also broadening the audience for both through integrated presentation.

Which does also lessen the differentiation between them. But that’s the kind of the point – ideally, Instagram users will eventually be able to log in and see a single stream of the most engaging content in the app, sourced from its various formats, and aligned with their interests, which would then broaden the pool of content that Instagram’s algorithms can draw on to keep users engaged.

On TikTok, you open up to the ‘For You’ feed – a full-screen, immersive, never-ending stream of the videos that the algorithm has picked for you. You can then switch to the ‘Following’ feed (less engaging), or the Live display, the top contents of each will make into your For You feed anyway, and you can search based on trends and keywords. 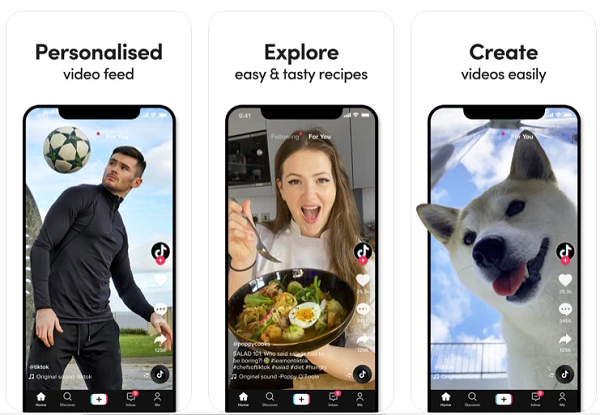 It’s simple, straightforward, and it ensures that all of the best, most engaging content is highlighted to each person, every time they log in.

On Instagram, you have to tap into Stories and Reels specifically, and while Explore can be good for browsing, its not presented in an up-front stream the way content is shown on TikTok.

This is the problem that Instagram’s looking to solve, reducing friction, confusion and expanding the breadth of content that its system can choose from to keep you glued to the app.

Which is why, eventually, we’ll see the end of the traditional Instagram feed, with Stories and Reels to become the main focus, in a simplified display. The retirement of IGTV was only the start, with these new tests pointing to the next phase of full content integration in the app.

We’ll keep you updated on any progress.