Clubhouse may have lost its initial buzz, as the bigger players look to add in competing audio social elements and features designed to negate its growth. But the upstart platform still has a few tricks up its sleeve.

Today, Clubhouse has announced that it’s partnering with TED to share exclusive content from TED’s roster of thought leaders and experts, which could help to keep users coming back to the app.

“Beginning Monday, July 12th, TED will host a series of rooms via their official Clubhouse Club. They will commence the programming with Thank Your Ass Off, a weekly room hosted by New York Times bestselling author and popular TED speaker A.J. Jacobs and creative strategist and celebrated Clubhouse creator Mir Harris. The room builds upon an idea shared in a TED Talk, and book by Jacobs, and invites notable guests and the Clubhouse community to come together to “thank the unsung heroes of our lives.” Additional rooms for the summer and beyond will be announced in the weeks ahead.”

The addition of popular broadcasters, who’ve gained recognition through the TED Talks series, could help Clubhouse maintain its appeal – though, really, the announcement should probably come as little surprise.

Back in May, Clubhouse hired Kelly Stoetzel, the former head of conferences and speaker curation at TED, as part of its talent sourcing team. Stoetzel had worked with TED for more than 17 years, and it’s that connection that’s paved the way for this new content partnership.

In fact, Stoetzel is directly quoted in Clubhouse’s announcement post:

“For nearly forty years TED has brought the world’s preeminent ideas, imaginations and voices to audiences. This partnership will bring those minds into a dialogue with the millions of creators who make up the Clubhouse community.”

So, given the connection here, it makes sense that Clubhouse has been able to establish this new partnership – but even so, it is a significant win for the platform, which could ensure it remains relevant, even as Twitter Spaces, and now Facebook’s audio rooms, sail in like giant cruise liners, and eclipse the tiny Clubhouse sailboat into the shade.

But also, I wouldn’t bet on it.

Clubhouse downloads have slowed significantly since its early boom, and even though its numbers have had a resurgence since the launch of its Android app in May, much of that growth is now coming from new markets, like India and Brazil.

Which is not a bad thing, but the fact is that in markets where Clubhouse has established itself, and reached (relative) peak adoption, it’s now losing ground, which likely suggests that we’ll see a similar trend in these regions as well, especially once Twitter and Facebook look to push their audio social options in the same.

Having a stronger content line-up will help, no doubt, and it will likely see Clubhouse get more listeners coming back to the app to tune in, but it’s still in invite-only mode, limiting growth, and Twitter and Facebook are also building out their own audio social talent rosters, with Facebook, in particular, focusing on promoting popular creators and high profile celebrities to potential listeners in its app.

In essence, I don’t see how Clubhouse will be able to compete, longer-term. And while having a strong connection with TED is a bonus, how many more of those rabbits can it pull out of its hat as the competition continues to rise?

That’s not to say that Clubhouse is done either, but unless it can latch onto a range of niche focus groups, and provide a better listening experience than other apps – which is open to everybody who may want to tune in – the challenge before it remains significant.

You can keep an eye on future TED broadcasts on Clubhouse via the official TED Club in the app.

How to Make Your Social

How to Create & Opt 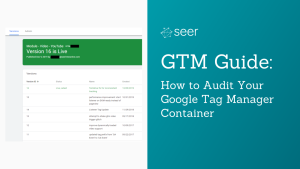 How to Make Your Social Profiles Spooky This Halloween [Infographic]