Pinterest CEO Steps Aside, as Former Google Commerce Chief Takes the Reigns at the App

This is a significant update.

Pinterest has today announced that co-founder and CEO Ben Silbermann is stepping down from his role, and shifting to a new position within the organization, with online commerce expert Bill Ready set to take over as Pinterest chief, effective June 29th, 2022.

Silberman posted an impassioned update on the Pinterest blog, noting the significance of the platform to him and his life.

“As you can imagine, this was a hard decision. So much of my heart belongs to Pinterest. I guess you could call it a founder’s love. And, when you care about something so much, the natural instinct is to hold it as tight as you can. But often, the most loving thing to do is let it go and watch it flourish in new ways.”

Silbermann will move into the newly created role of Executive Chairman, where he will continue to oversee the growth and development of the app, albeit from a more distant perspective.

Silbermann’s decision is obviously a major change within itself, but the appointment of Ready is also notable, given his most recent role at Google, where he served as the search giant’s president of commerce and payments.

“There’s no better time to join Pinterest. I have long admired the brand and platform that Ben and the Pinterest team have created and everything the Company stands for. I am excited to build on that foundation to further scale the Company’s ecosystem and drive increased value for shareholders. Having built multiple businesses from zero and operated at the scale of billions of users, I have a deep appreciation for what it takes to scale a business like this to the next level. I look forward to working closely with Ben, the Board and the rest of the leadership team to capitalize on the many opportunities ahead and usher in Pinterest’s next chapter of growth and success.”

Under Ready, Google had been steadily updating its eCommerce tools, with a focus on improving the connection between search and purchase. Which is much the same as Pinterest’s mission – and at times, that had seen the platform step on Google’s toes to some degree.

“In addition, lower search traffic (driven by Google’s algorithm change in November) negatively impacted our MAUs on a year-over-year basis. In fact, we believe lower search traffic was the primary reason for the sequential decline in MAUs from Q3 to Q4 in both the US and international markets.”

There’s no direct correlation, as such, but Pinterest seemingly lost a heap of Google traffic, which could have been Google’s way of diluting its rising presence as a search platform, which again, steps into its core territory.

Which is a concern, in that Google, as essentially a competitor in the same market, has the power to negate any advantage that Pinterest may gain. But now, Pinterest has inside knowledge of Google’s exact plans and strategy on this front, with Ready having played a key role in that exact process from Google’s end, which could give Pinterest a big advantage moving forward.

I mean, Google still controls search traffic, and still holds a massive advantage in this respect. But Pinterest facilitates more than 5 billion searches per month, which are predominantly product-based, and with Ready’s in-depth insights into how the biggest search platform in the world sought to capitalize on such, that could help Pinterest boost its platform to the next level.

Of course, it still has to bring users in, which has been problematic of late, and it needs to keep finding new ways to add in more merchants and product listings. But the knowledge and experience that Ready brings will be invaluable in evolving the platform to the next stage as a discovery network. 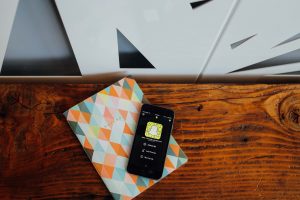