So how accurate are Facebook’s ad targeting options anyway?

The platform has made headlines in recent years over its intricate audience targeting process, which learns about your traits and interests based on in-app activity, then funnels that info into its ad targeting engine, enabling brands to present their offers to the most engaged, receptive audience through its various display options.

Political activists have reportedly used this to sway voter opinions, brands have been able to target users based on things that they may not even realize that they’re interested in themselves as yet. Some studies have even suggested that Facebook knows more about you than friends or family – but in reality, what’s the actual accuracy rate of Facebook’s ad targeting options, and what are the implications of false positives on ad spend?

That’s what a team from North Carolina State University sought to find out, with a new study that examined the specific performance of Facebook’s interest tracking, and how it allocates behaviors and topics to each user.

Their topline finding – around 30% of Facebook’s inferred interests are inaccurate or irrelevant, which could have significant implications for ad spend.

As explained in the study:

“To obtain insights into how Facebook generates interests from a user’s Facebook activities, we performed controlled experiments by creating new accounts and systematically executing numerous planned activities. We found 33.22% of the inferred interests were inaccurate or irrelevant. To understand if our findings hold for a large and diverse sample, we conducted a user study where we recruited 146 participants (through Amazon Mechanical Turk) from different regions of the world to evaluate the accuracy of interests inferred by Facebook. We developed a browser extension to extract data from their own Facebook accounts and ask questions based on such data. Our participants reported a similar range (29%) of inaccuracy as observed in our controlled experiments.”

It is worth noting that this is a relatively small-scale study pool – Facebook has more than 2.9 billion monthly active users, so a group of 146 test subjects is only a fractional element.

But it’s process-focused the results likely hold nonetheless – as noted here, in the first element, the researchers conducted contained testing around how Facebook attributes interests based on activity, with the experimental profiles starting from blank, meaning they had no specific interests attached to begin with.

“Researchers created 14 new user accounts on Facebook. Researchers controlled the demographic data and behavior of each account, and tracked the list of interests that Facebook generated for each account. This experiment allowed us to see which activities were associated with Facebook inferring an interest, and the key finding here is that Facebook takes an aggressive approach to interest inference – even something as simple as scrolling through a page led to Facebook determining that a user has an interest in that subject.”

Of course, everyone knows that Facebook is tracking everything that you do in the app, but based on this study, even the smallest action can cause an inference in your ad targeting profile, which can lead to inaccurate targeting.

The researchers also note that Facebook’s system often doesn’t distinguish between positive and negative interactions, which can also lead to inaccuracies.

“For instance, we commented negatively on a Harry Potter page and received interests in Harry Potter and Daniel Radcliffe (the lead actor in the Harry Potter movies).”

The study also showed that, at times, Facebook’s system will incorrectly attribute entities:

“For example, upon visiting the Apple (Tech company) page, Apple (fruit) was inferred as an interest.”

There would be varying degrees of errors within this type of matching, and these are just some examples of how your interests are sometimes misattributed in the app – which is probably not overly surprising, but the scale of inaccurate results is worthy of note.

Could this be because of Apple’s ATT update?

It’s possible that, due to Facebook losing data insight, as more users cut it off from tracking on iOS as a result of Apple’s ATT prompts, that Facebook is now putting more emphasis on in-app signals to fuel its audience segmentation instead. We don’t have comparative data on this, as the majority of this study was conducted after the implementation of Apple’s ATT alerts (in April 2021), but that could be another element at play, which could skew Facebook’s tracking.

But either way, it’s an interesting consideration. Up till now, Facebook’s data-gathering machine has been viewed as the most comprehensive tracking system ever created, and a powerful audience targeting engine. But if it’s not accurate 1/3 of the time, that’s a concern, which could reduce advertising performance.

So what do you do about it? Well, as an advertiser, there’s not much that you can do.

Using Lookalike Audiences and similar matching should improve accuracy, based on a range of factors, as opposed to singular topic matching – but really, you’re putting trust in Facebook’s systems to drive the best results, which means that if there are errors in attribution, that will impact your performance.

Meta is always working to improve its systems in this respect, and more recent feedback has been that Facebook ad targeting and performance is improving, so it could also be that these errors are being ironed out over time. But it really comes down to tracking your ad performance, and refining based on the results that you see. Facebook ads require a learning phase to maximize performance, and you would hope, within that, that it’s also weeding out false positives like this.

But it’s an interesting study either way, which could provide additional insight into your campaign performance.

You can read the full study and summary here, while you can check out what Facebook thinks your interests are here. 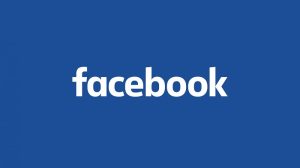 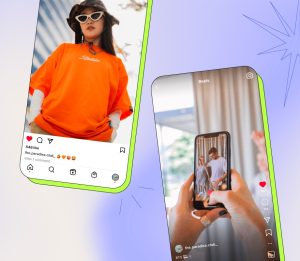