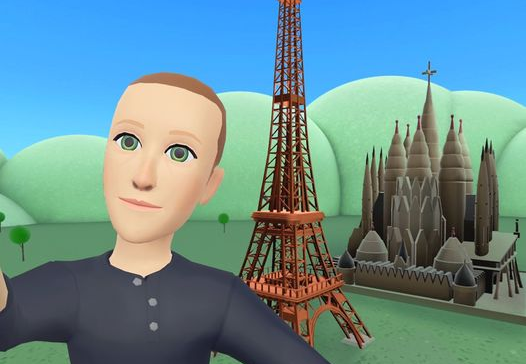 Meta’s metaverse is still largely theoretical, and as such, Meta has a long way to go in winning people over, and convincing users, and businesses, that its virtual environment is going to be the future of how we all connect and interact.

Which is why this week’s metaverse backlash would be a worrying trend for the social media giant.

Earlier in the week, Meta CEO Mark Zuckerberg announced that its Horizon Worlds VR creation sandbox is now open to creators in Spain and France, posting this image to go along with it.

Which has since been lambasted online, with all manner of commenters pointing out how bad, and basic the current VR environment looks, from the simplistic avatar (still with no legs) to the early 90s-style graphics.

It’s genuinely puzzling that Meta spent more than $10 billion on VR last year and the graphics in its flagship app still look worse than a 2008 Wii game. https://t.co/IOwqsrrfKj

And it does look bad, it looks simple, and as noted in the tweet above, well below what you would expect, given the billions that Meta’s pouring into metaverse development.

Definitely, it’s a far cry from the metaverse vision that Zuck initially pitched in October last year, when it first announced its ‘Meta’ name change.

So why does the metaverse look so bad?

Well, it’s still early, as Meta itself has repeatedly explained, and we’re likely years away from touching the full potential of the metaverse, as Zuck and Co. see it. And there are some very impressive VR experiences that have already been built, but Horizon Worlds, which enables users to create their own basic VR environments is, by design, basic, because the processing power of full graphic rendering and spatial elements is likely too much to build into the tool just yet.

But that is only one element, and it probably isn’t the best showcase of Meta’s VR capacity.

In fact, Zuck has today posted another update, explaining that it’s really not that bad, and that more metaverse advances are coming soon.

Not sure that will convince many people that we’re much closer to the next stage of digital connection than the initial image suggests. But it is worth noting that Zuck felt the need to actually explain itself here, as online criticism continues to grow, with the metaverse pile-on now in full effect.

The risk for Meta here is that this could become a reputational shift, which will be increasingly difficult for it to shake as it continues its metaverse expansion. Part of the ‘Meta’ name change was to distance its metaverse vision from Facebook, and the negative connotations that people have with that brand – but this latest backlash may well suggest that this hasn’t succeeded, as people seem very keen to highlight Zuckerberg’s failures, which could impact the company’s future growth.

But this is only one incident, right? This is an early misstep, that no one will really care about once the full metaverse vision comes into full effect. Right?

I can think of at least one similar example which highlights the potential risk in this respect.

Back in 2013, Google was trying to convince consumers of its own future tech vision, in the form of Google Glass, its transformative AR-type device, which enables users to access digital information via the wearable device.

Which was going fine, and gaining some traction. Till this:

Tech evangelist Robert Scoble, an early adopter of the device, posted this picture of himself wearing his Google Glasses in the shower, which is disturbing for various reasons.

Shortly afterwards, Google was forced to shelve the consumer version of Google Glass, which was also attributed to issues with battery life and privacy concerns. But the overarching sense was that Scoble’s photo, along with various other tech bros walking around looking like competitors in an Olympic rifle competition, made the device so uncool that people didn’t want anything to do with it.

Incidentally, at one stage, Google Glass was considered to be a $10 billion opportunity. Another potential bad omen for Zuck’s metaverse future?

Definitely, this is a risk, that Meta’s metaverse becomes so mocked, so criticized, that it’s labeled as a failure before it even begins. That would be a massive concern right now in Meta HQ – and while no one from the company will, of course, admit this, if Meta fails to make the metaverse cool, and loses connection with younger audiences in particular, the company could end up spending billions on buckets to bail water out of a sinking ship.

It’s too early to make any calls on such, and Meta could end up blowing us all away at its Connect conference later this year, as Zuck notes, via a showcase of the latest metaverse tools and options. But this week’s critiques will serve as a reminder that Meta’s got a lot of work to do, and that public sentiment could indeed derail its plans, if it continues to misstep.

Why Wordle Is The Hottes

How to Promote a Blog on 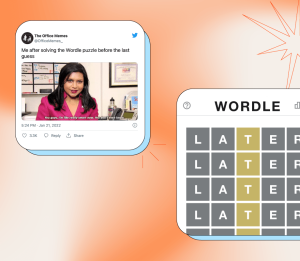 Why Wordle Is The Hottest Trend on Social Media Right Now