What’s On Your Screen? — With Chris Klemens

Chris Klemens: I don’t check my screen time and I don’t care to. Do I spend too much time on my phone some days? Look at the world right now — wouldn’t you?

Later: A lock screen says a lot about a person. What’s your image and does it ever rotate?

Klemens: It’s a photo of my dog Booger hugging my head. And it doesn’t change, I’m a ride or die for my lock screens!

Later: What’s the first app that you open when you wake up?

Klemens: I check my bank app to see if I got paid.

Later: How are your apps organized?

Klemens: I have no idea how to describe how my apps are organized, but they’re organized. It’s just in a way that only makes sense to me!

Later: What are your five most used emojis?

Later: What number is higher, your unread emails or photo library?

Klemens: My photo library, by FAR!

Later: One word to describe your TikTok For You Page?

Later: You have to delete every app on your phone except three. Which three do you keep?

Later: Which platform do you like to communicate with your followers the most?

Later: And finally, from your following, who would you love to run into on the streets and interview?

Klemens: I’d love to run into my friend Andrew and I’d ask him if he could complete my Venmo request from dinner, months ago.

*Editor’s note: This interview has been edited for clarity and length.

Later’s What’s On Your Screen? series will be returning soon! Until then, sign up to our free weekly newsletter, so you can stay up-to-date on the latest social media news, tips, and our next series drop: 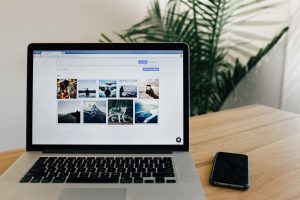