I don’t know that this is a deal-changer, but…

In the latest move in the lead-up to the forthcoming Twitter vs Elon Musk court battle, Delaware Chancery Court Judge Kathaleen McCormick has today ruled that Musk’s team will be allowed to amend their counterclaim, in their bid to exit Musk’s $44 billion takeover bid, to include Twitter’s payout to former security chief Peiter Zatko as an element, which Musk’s team claims is in violation of the original deal.

In June, Twitter agreed to a settlement with Zatko as part of his exit from the company, which would eventually see Zatko take home a $7 million payout for his agreement. Musk’s team says that this payout is in violation of the original merger agreement, which, in its view at least, stipulates that Musk himself has to be consulted on any significant management changes and expenses, as the incoming chief of the company.

Since Musk was not consulted in this case, the view is that Musk’s team may be able to use this as an example of Twitter’s failings to adhere to the original terms, which could provide an exit path for Musk.

Though it may not be that clear.

Twitter has already refuted this, and each of Musk’s other claims in regards to the original terms of the deal, which, as per Twitter, are backed by ‘airtight’ commitments from Musk’s team.

This specific example relates to Section 6.1 of the merger proposal, which notes that

That includes key staff, with the full provision essentially saying that Twitter would need to consult with Musk, as the incoming owner, on any major changes.

Which Musk’s team has already tried to pin Twitter on in regards to the exits of key managers.

As per Musk’s team:

“Twitter also did not comply with its obligations under Section 6.1 of the Merger Agreement to seek and obtain consent before deviating from its obligation to conduct its business in the ordinary course and “preserve substantially intact the material components of its current business organization.” Twitter’s conduct in firing two key, high-ranking employees, its Revenue Product Lead and the General Manager of Consumer, as well as announcing on July 7 that it was laying off a third of its talent acquisition team, implicates the ordinary course provision.”

Musk’s team says that because Twitter did not receive Musk’s consent for these changes, it’s therefore in breach of the Merger Agreement. The significant payout to Zatko is, in their view, another example of Twitter’s conduct in this regard, which it’s hoping, in combination, will help to build its case to get out of the deal, and save Musk from his $44 billion commitment.

Of course, Musk’s bigger issue, or at least the one he’s stated publicly, is with bots on the platform, and Twitter’s claims that only 5% of its active user base are bot/spam accounts. Musk says that this figure must be higher than this, based on his own and other users’ experience. And if, in fact, more than 5% of Twitter’s active accounts are bots, that then complicates any math in regards to monetization projections, as non-user profiles don’t engage with ads.

That argument makes sense, but Twitter says that Musk agreed to buy the platform essentially ‘as is’, waiving various due diligence measures that may have enabled him to exit the deal on this element.

Which is why Musk’s legal team is now looking for alternate approaches, and it could be that the court sees Zatko’s exit and payment as a significant enough decision to trigger this element of the contract.

But Twitter’s legal team seems very confident that it’s on firm ground, on all fronts. Does the fact that the court will allow this as a consideration change anything in this respect?

We’ll find out very soon, with the trial set to get underway on October 17th. 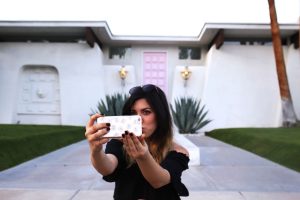