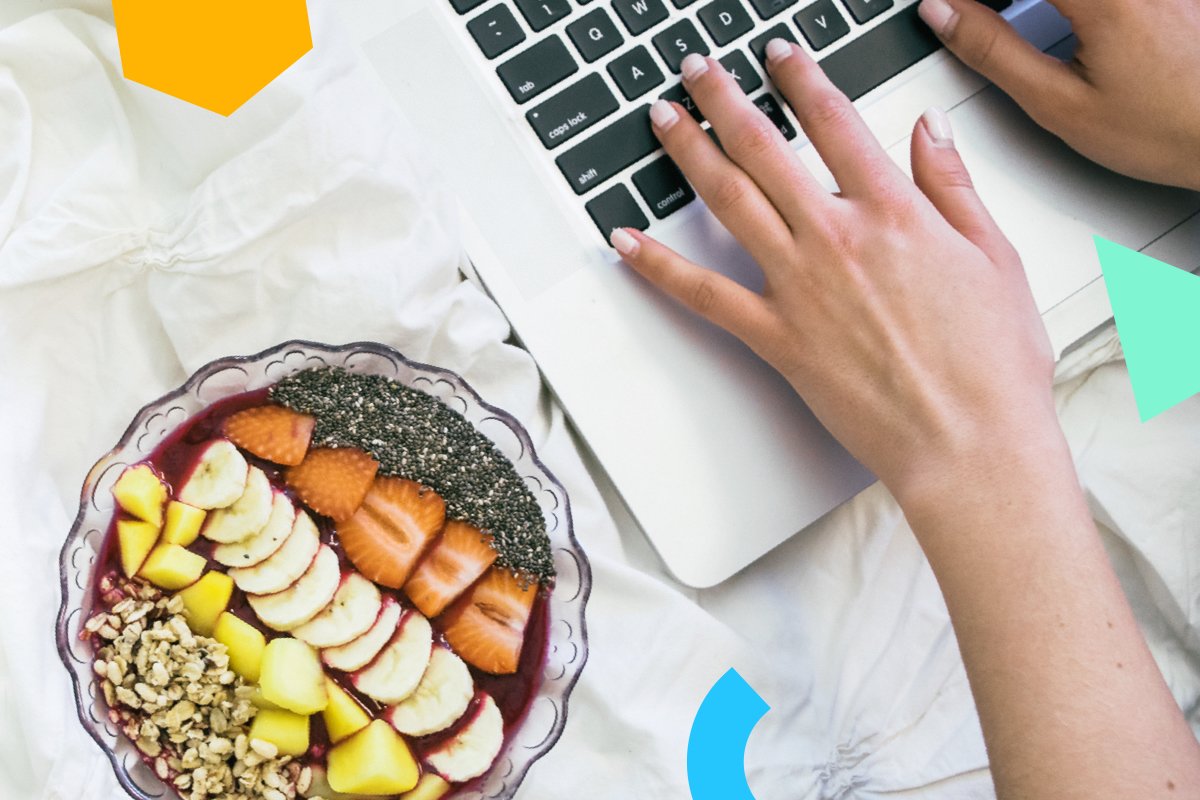 It’s no secret that cosmetic brands tend to do really well on Instagram. The visual appeal of their products (think colorful, eye-catching designs) are perfect for Instagram’s ultra-engaged beauty community. But when it comes to building a brand on Instagram, Glossier is in a league of its own. In fact, Instagram has been crucial to Glossier’s success.

So what exactly is Glossier doing so well? Well, apart from their beautifully curated feed, Glossier is really great at Instagram influencer marketing — something they’ve truly mastered in 2017. Take the launch of their Invisible Shield sunscreen in May for example. The morning of the launch, a ton of influencers posted about the sunscreen, so when Glossier’s target market logged into Instagram, their entire feed was about the new product!

What’s so interesting about Glossier’s influencer marketing strategy is that instead of partnering with big influencers, they tend to partner with “micro-influencers” with fewer followers but really high engagement rates on their posts. As a result, Glossier is able to reach more niche audiences who are more likely to convert!

Building a successful Instagram hashtag strategy around a giveaway is a great way to drive up your engagement, and that’s exactly what Vancouver-based athleisure brand RYU did with their #WhatsInYourBag Instagram marketing campaign.

In order to promote a product giveaway, RYU created an Instagram campaign centered around collecting user-generated content (UGC) from their followers. All you had to do was post a photos of what you carry in your gym bag and tag the post with RYU’s branded hashtag, #WhatsInYourBag. Users who shared posts with the hashtag were then entered to win prizes.

RYU also took to Instagram Stories to promote their hashtag, which helped them reach even more Instagram users!

As we’ve written before, running an Instagram contest is an incredibly effective way to engage your target audience and spread the word about your brand. Take a page out of RYU’s book and share your campaign on both regular Instagram posts and Instagram Stories.

Like Glossier, Fashion Nova is big into influencer marketing. In fact, according to Richard Saghian, Fashion Nova’s CEO, the company works with 3,000 to 5,000 influencers!

But while Glossier likes to focus on micro-influencers, Fashion Nova has found a ton of successful working with both small and big names — including a recent partnership with Kylie Jenner, which resulted in 2.7 million likes and over 550 thousand comments.

In order to promote a new line of jeans designed to fit different body types, Fashion Nova launched a massive influencer marketing campaign, which involved influencers posting about the jeans and encouraging followers to use their personalized discount code.

Not every business has the ability to partner with a Kardashian or Jenner (a single post can cost upwards of $500,000!), so partnering with a ton of small-to-medium sized influencers can make a lot of sense! In Fashion Nova’s case, they partnered with hundreds of influencers to promote their jeans campaign, and paid most of them with free clothes. #Instagram Marketing Tips.

Sometimes the best Instagram marketing campaigns are the simplest. Such is the case with Airbnb’s #WeAccept hashtag campaign, which allowed the tech giant to share their stance on an important issue.

The campaign started with an inspirational video posted to their feed, and then continued with a series of photos of people from different places and backgrounds. Each photo included a story and a message of acceptance.

The campaign’s success can partly be explained by how much it contrasted with Airbnb’s regular content. While Airbnb’s feed is usually filled with photos and videos of beautiful homes and locations from around the world, the campaign featured closeup shots of people’s faces on a dark background.

And the response from Airbnb’s followers was incredible! Each of the posts received a ton of positive engagement, and in the case of the video, it currently has 112,000 likes and nearly 600 comments.

Getting political on social media is never easy for businesses, but Airbnb shows that it’s possible to take a stand on an important issue without getting controversial.

2017 has been a big year for Adidas and a lot it has to do with the success of their Adidas Originals line, which they’ve promoted heavily with several Instagram marketing campaigns!

Using the hashtag #ORIGINALis, Adidas partnered with big names like Snoop Dogg, Desiigner, and Stormzy to highlight and promote their Originals lineup. As a result, they were able to build a new customer base for their brand — one less interested in sports and more interested in hip-hop and streetwear culture.

Partnering with key influencers while promoting a creative and highly shareable hashtag proved to be a winning combination for Adidas, helping them to establish credibility for their new clothing line.

Like Glossier, Tarte Cosmetics did something really special this year. In late January, the beauty products company flew a gang of makeup and fitness influencers to Hayman Island off the coast of Australia, and then followed up with trips to the Florida Keys and the Maldives.

These trips were branded with the hashtag #TrippinWithTarte and included a ton of Instagrammable excursions, like morning yoga, hikes, candle lit dinners, and massages.

Not only did the the campaign provide Tarte Cosmetics with a ton of content for their account, but the influencers they brought with them (who were picked strategically based on their industry niche and follower count) also posted a ton of content as well. As a result, Tarte was able to reach thousands of new users in a very short period.

Much like Glossier and Fashion Nova, ASOS’ success has a lot to do with their Instagram marketing strategy. In fact, according to Leila Thabet, the content and engagement director at ASOS, Instagram is a key channel for the online fashion retailer. “We’ve seen a great deal of success over the past year with landing our brand messaging through video content formats […] with Instagram Stories,” says Thabet.

In January, ASOS became one of the first businesses to launch an advertising campaign on Instagram Stories by creating a series of ads that immersed its fashion-conscious audience into the ASOS brand.

And it was hugely successful! Rather than pushing sales messaging or specific products, the campaign focused on brand awareness. And according to Instagram’s business blog, the ads resulted in a 14-point lift in ad recall in the UK and a 7-point increase in brand awareness in the US.

This just goes to show how effective Instagram ads can be for businesses trying to grow their brand awareness.

When Instagram Stories was released in 2016, it completely changed the game for businesses. And while there are tons of successful Instagram marketing campaigns on Instagram Stories to choose from, one that stands out is Pacific Northwest Wonderland.

In order to grow their follower base and reach new audiences, PNW created a series of Instagram Stories with carefully crafted call-to-actions (CTAs) that asked their followers to click the link in their bio. Users who did were then taken to a landing page where they had the chance to win prizes.

What made PWN’s campaign so successful is that it was a limited time promotion. Users had to super quick to win the prizes, and that meant being constantly alert to PNW’s posts and Stories. As a result, PNW saw a big bump in engagement over the course of the campaign.

Hosting a giveaway through Instagram Stories is an incredible way to reach new audiences — and the great thing is you don’t need to spend a lot of money to be successful. Even a small token like stickers can be enough to get your followers to participate!