The mobile app development has become imperative for enterprises success nowadays. The continued growth of the smartphones provides businesses a unique opportunity to connect with potential customers via mobile apps. With so many mobile devices storming the market each day, it’s no treat for developers to create apps that can work on multiple platforms.

Below is the list of top 10 cross-platform mobile app development tools which have made the lives of developers a lot easier.

Xamarin is a cross-platform app development tool that offers several amazing features such as the ability to add components directly from an interface, native API access, integration with backends, and forms interfaces for sharing the code. This tool empowers developers to build native apps for multiple platforms (Android, iOS, and Windows), with a single shared C# codebase. Moreover, developers can use the same APIs, language, and IDE everywhere. Xamarin has been used by several big names, including Dow Jones, IBM, Foursquare, and Microsoft.

The developed applications can access native, specific device functions across various device platforms, using Cordova, an open-source set of device APIs. With Cordova’s cross-platform plug-ins and APIs, developers can build and code apps using Java Web languages – HTML5, and CSS3. Using Cordova, developers can create an app with a single codebase. The apps that are created once can be run on all devices- be it iOS, Android or BlackBerry.

Sencha Touch, an MVC-based JavaScript framework, provides a high level of responsiveness for your app and is compatible with all the latest versions of iOS, Android, and Blackberry. Developers can use Sencha to develop apps in HTML5, which can be further translated to cross-platform apps with the help of PhoneGap. Sencha comes with high-performance UI widgets for toolbars, lists, menus, and forms.

Appcelerator is based on the concept of “write once, run everywhere” and offers a single JavaScript codebase for its applications. Apps can be created with fewer lines of code using Appcelerator. It also supports real-time mobile analytics and can be used to build Android, iOS, browser-based HTML5, and Windows apps. Appcelerator supports over 5,000 devices and the MVC framework Alloy, the Eclipse-based IDE Studio, and OS APIs.

NativeScript has supported integration with Visual Studio Code and it allows developers to build the cross-platform native mobile apps from a single JavaScript codebase. This open-source framework gives developers a direct access to every component from Angular, TypeScript or JavaScript and native platform API. The structure part and coding style of NativeScript apps resemble HTML-based web apps. Gartner has named NativeScript as a “Leader” in the 2017 Magic Quadrant for Mobile App Development Platforms.

MonoCross is an open-source cross-platform mobile app development framework that lets developers create engaging apps on Android, iPhone, iPad, Windows, and Webkit enabled phones. With MonoCross, you have the flexibility to write one app for all supported architectures and platforms and have a custom user interface for each platform. MonoCross uses the Mono framework, C#, and Microsoft.NET and you are not required to have knowledge of the low-level elaborations of all platforms.

Codename One enables rapid development of applications and deep integration with the native platform. The flexible architecture of Codename One lets the UI work seamlessly across all platforms. The code is written in Java and the app is verified and tested with Codename One’s test automation tools and simulator devices. This framework supports popular IDE’s like IntelliJ IDEA, Eclipse, and NetBeans. It ensures compatibility with upcoming iOS versions as it uses ParparVM. The developers can build native Windows and native iOS apps without Windows PC or Mac machine.

Convertigo enables developers to develop mobile apps once and run on iOS, Android, and Windows. This platform offers four solutions – Convertigo Server, Convertigo SDK, Convertigo Studio, and Convertigo Cloud. It comes with various connectors like web services or SQL databases to connect to enterprise data. Convertigo has full sync data replication feature due to which data can be accessed offline.

Which tool will you prefer to get your apps developed? Reply in the comment section. 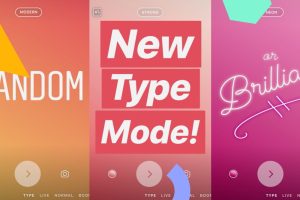