The word Mobile App Development has become frequent with the launch of iPhone and various other smart phones. With the boom of wireless network and increasing demands of smart phone users, this application runs the most high of all times. The mobile application development is a vast area that consists of wide range of platforms, mobile operating systems, mobile middleware, and development tools. The application developers for mobile claims that the success of an app depends on various factors and issues relating to design, development, implementation, and deployment. The biggest challenge faced in this field is incorporating the most modern technology and providing updates at regular intervals. To keep up with this challenge the mobile app developer needs to come up with new applications and upgrades, which could satisfy customer needs.

The application software developed for mobiles could includes – business applications, games, and many more. One of the most important aspects which a developer should keep in mind would be the targeted customer has their unique requirements. The mobile software application ideally consists of Web-based and related Frameworks, Native platforms, Hybrid WebKit/Native, and Proprietary middleware and clients. The developers need to make a choice whether they have to go with the native development, Web or a hybrid development type to build apps for their devices which requires support. The current applications have helped the end users in different ways, whether it is a complex or simple app. One of the biggest drawbacks of the current Smartphone applications is that in spite of multi platform applications, there is no common mobile application which is supported by all mobiles. The most recent mobile platforms include iPhone, Android, Symbian, BlackBerry, and Windows Mobile which was the latest addition to the platform. Mobile devices integrate messaging capability, voice capability, location information, and video features. The topmost applications for Smartphones incorporate these facilities to optimize the user data. The faster one realizes the need for a mobile application, the better it holds for one’s business. Though investing on these applications could be considered huge, it plays a vital role in building a strong business empire.

The recent scenario in the Mobile App Development world is that there are continuous competitions between the different types of applications which are developed at an enormous pace. The success of these applications comes into reality when it is developed and tested by an approved and high-tech Smartphone applications partner. 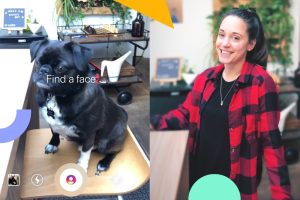