As part of its ongoing effort to improve its safety tools and processes, and protect its primarily younger user base, TikTok has announced that it’s partnered with the Trust and Safety Professional Association (TSPA) on a new program that will see every moderator at TikTok given access to support, training and resources to both improve their understanding of broader industry trends, and ensure they have access to care resources to help them deal with the challenges of the role.

As explained by TikTok:

“Our partnership with TSPA reflects TikTok’s deep commitment to the careers and well-being of our trust and safety employees. Our support of TSPA will also enhance the TikTok community by helping us continue to learn and iterate upon our approach to keeping people safe.”

After a range of controversies, many of which coming as a result of the app’s rapid growth, TikTok has been working to improve its safety tools and resources in recent months.

Which is critically important, because as The New York Times reported last year, more than a third of all TikTok users in the US are aged under 14. That puts the app in a powerful position of influence for many vulnerable, susceptible people – which, like Instagram, could lead to significant mental health impacts and developmental issues as a result of their experiences within the visual-focused app.

TikTok has already been banned in India, Indonesia and Pakistan, at different times, due to varying content concerns, while it’s also been hit with significant fines over its failure to protect younger users from risks. The app is also under investigation in Italy over the death of a 10 year-old girl who was reportedly participating in a TikTok trend, while EU regulators are still examining the app’s practices to determine potential next steps.

With the app now on track to reach a billion users, the workload around these elements is only increasing, which is why this new partnership with TSPA is so important, both from an internal and external perspective.

As has been well-documented, social platform moderators are faced with extremely graphic, confronting content, on a daily basis, and are often not adequately provided for in regards to the ongoing impacts.

Ideally, this new partnership will help TikTok improve, on both fronts, and provide further guidance for the future development of its platform.

How to Find Fulfillment 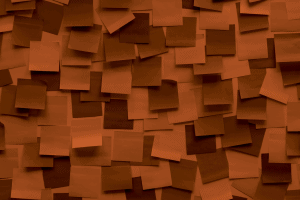