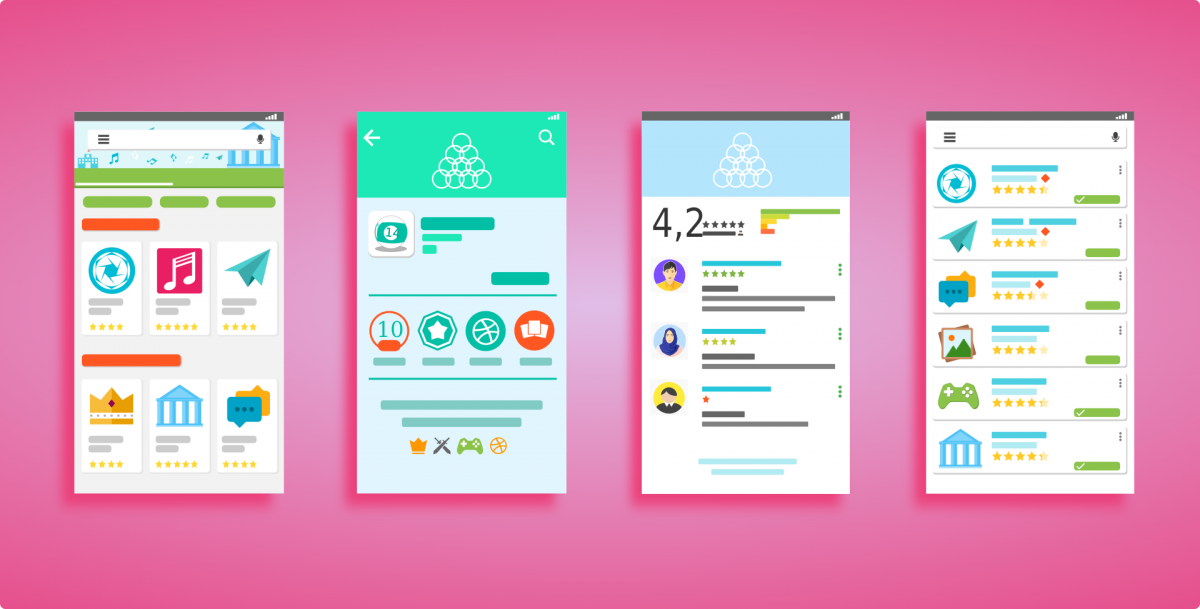 Do you have an idea for the next great mobile app? Perhaps a new social networking platform?  A revolutionary instant messaging app? Anything to knock the crown from atop Mark Zuckerberg’s head? Regardless of what type of mobile app you’re planning to build, if you seek to either engage with more consumers (good idea!) or increase the exposure of your web service, or just creating a new product like a mobile game, you’re on the right track. However, a major problem for any app creation process is deciding the correct roadmap for the new app. You can either rely entirely on a professional iOS and Android app development agency, like B2 Web Studios, to design, develop and deploy your native mobile app or Progressive Web App from start to finish, or read through these helpful recommendations on what to avoid if you’re thinking of rolling up your sleeves and developing your own mobile app:

One Platform at a Time

Apple’s App Store and the Google Play Store are highly competitive marketplaces (to say the very least!), with millions of free and paid apps competing for user downloads on both iOS and Android. Companies who want an Android app developed right alongside a new iOS app may wind up doubling development costs and losing focus on the app’s overall user experience.  Building an app on one platform first – typically for iOS, or as a Progressive Web App (PWA) – is the best way to “test the waters” before moving ahead with new platforms or app features. This is referred to as a Minimum Viable Product (MVP), getting at least something published in the App Store or in the hands of your users as soon as possible…version 1.0 of your app!

In addition, launching on both iOS and Android at once can make changing the app structure, design or functionality more difficult, as you’ll need to duplicate these efforts for multiple platforms, increasing cost and time spent. It’s generally better to finalize an app on iOS and have a couple of iterations prior to developing an Android version. Remember that Instagram had over 30 million iOS users long before they moved to their Android version.

Intrusive Ads are a Turn-Off

Sure, in-app ads are great for monetization of your app, especially if it’s a free download. Venti vanilla lattes aren’t gonna pay for themselves! Ads can help significantly offset development and maintenance costs. But imagine those your loyal users suffering through full-screen video ads or pop-up image ads. They can slow your app’s performance and even cost you that coveted five-star App Store rating! That said, you can still display ads while ensuring they are don’t annoy your users. How do you advertise or monetize while ensuring your UX (user experience) doesn’t go down the drain? Testing is the answer – make sure the appearance of the ads is customized with user experience in mind, to not compromise your app’s design or performance.

A mobile app isn’t a watered-down version of your website chillin’ on the App Store,  they’re fundamentally distinct in the size, functionality, and scope, not to mention user expectations. Some think that their app ought to look or function identically to their website site, lest it is somehow less valuable. That’s completely untrue. Native mobile apps, hybrid mobile apps, and even Progressive Web Apps (PWA’s) are significantly different from their website cousins. The advantage of increased accessibility to the device’s hardware and scope for complete mobile customizations set it apart, so let your imagination run wild to create the next great, game-changing app. Or, even better, work with B2 Web Studios to get your app idea off the ground!

previousWhat is WordPress and what types of accounts are there?