LinkedIn has published its latest Transparency Report, which provides an overview of content removals, Government information requests and spam/fake profile actions that the platform took over the last six months of 2020.

And there are some interesting trend notes here – and while LinkedIn may not get the focus of other platforms in terms of manipulation programs and/or influence campaigns, it is worth noting the latest shifts, and the actions LinkedIn is taking to keep its users safe.

First off, on fake profiles, probably one of the biggest issues on LinkedIn, given that once a user makes a connection they’re able to access all of your personal data from your LinkedIn presence.

“Our automated defenses blocked the vast majority (98.3%) of the fake accounts we took action on during this period. We also saw a significant decrease in fake account creation, and a corresponding decrease in spam and scam content generated by fake profiles.”

Indeed, in the previous quarter, LinkedIn stopped 33.7 million accounts at the registration stage, so it was a 3x reduction in the most recent period. Why that might be is unclear, but it seems that, at least based on LinkedIn detections, the platform’s efforts to stamp out fake profiles are having some impact, and deterring scammers, at some level, from using this method.

Content removals are a different question – in terms of content violations, LinkedIn says that it saw a big increase in the amount of content removed in a number of categories, “including misinformation and violent or graphic content, driven in part by world events that triggered polarizing content, such as U.S. elections and COVID-19”. 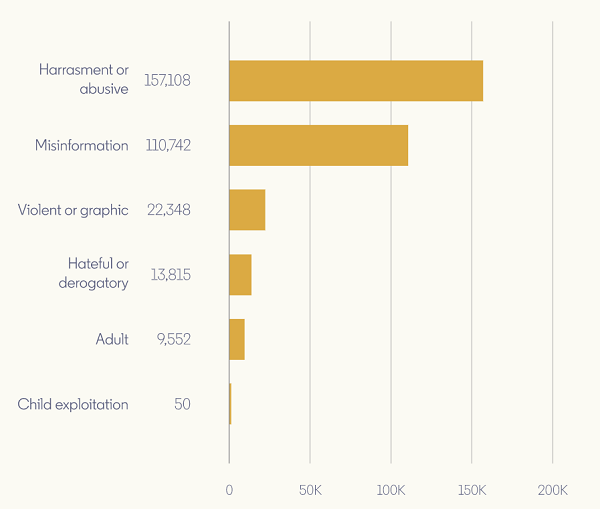 The increases in removals in all categories here are significant – here’s a look at the same chart from LinkedIn’s previous transparency update: 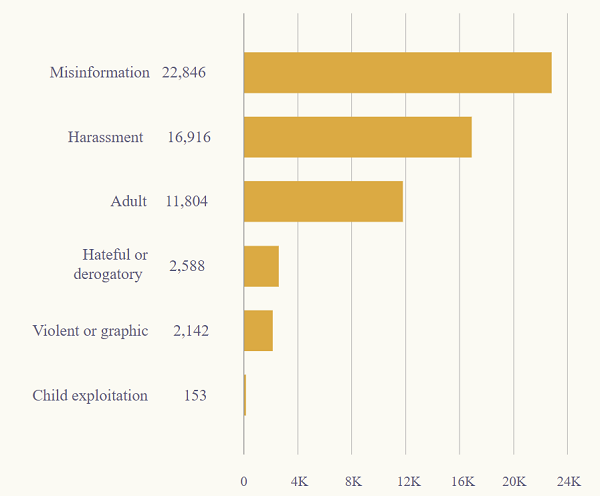 Clearly, LinkedIn is doing a lot more work on all of these elements, whether through improved detection or due to increased activity. LinkedIn has seen ongoing growth in user interactions, and it seems like that’s also resulting in more negative interactions as a result.

The good thing is that LinkedIn is indeed taking action, which should help to keep users safe. But the increases here are massive, which could be a concern to watch for the platform moving forward. 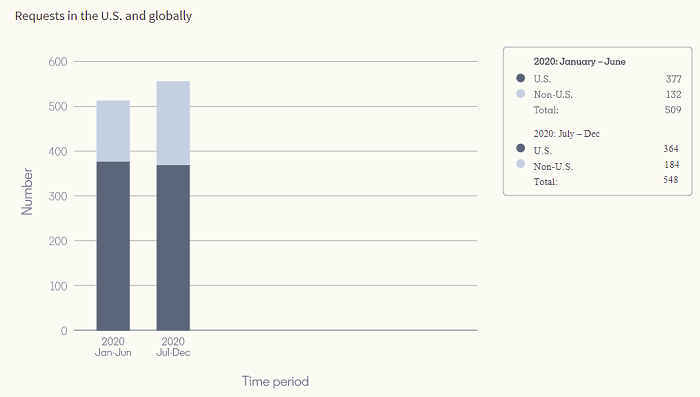 “The overall number of government requests for data about our members went up, but the requests encompassed far fewer member accounts than the prior reporting period.”

So LinkedIn’s not seeing a significant increase in Government actions, as opposed to some other platforms which are getting more and more requests for intervention in user trends and political discussion, as authorities seek to quell opposition and dissent.

As noted, the numbers reflect some interesting trends, particularly in regards to the increases in reported harassment and abuse activity on the platform, which could reflect the increased usage of LinkedIn for more types of communication. Over time, the platform is seeing more sharing about people’s personal lives and beliefs, as opposed to being confined to professional interaction, and that could be leading to more unwanted disputes and personal discussions, which then veer into questionable territory.

It’s interesting to note that shift, and it’ll also be interesting to see how these numbers hold up in LinkedIn’s next Transparency update, and whether they’re indicative of more long-term behavioral changes in the app.