In Ruling on Trump’s Ban, Facebook’s Oversight Board Has the Opportunity to Change the Platform’s Approach

Facebook’s independent Oversight Board project is the biggest, and most promising experiment in improving social media moderation at present, with an independent team of experts in a range of fields empowered to overrule platform decisions on both content removals and complaints, with Facebook expanding its scope to include the latter just this week.

That gives users another option to seek action, beyond Facebook’s own arbitrators, who have proven, at times, to be inconsistent, inflexible, and even unresponsive on similar concerns and requests.

Really, this is what’s needed. Amid confusion around how to tackle issues like QAnon, COVID-19 misinformation, comments provoking violence and more, Facebook, as with other social platforms, has struggled to find the right balance, often ignoring experts to pursue its broader ideals of free speech and free expression among its users.

Ideally, Facebook would prefer to take a completely hands-off approach – ‘we build the platform, people interact as they choose’. But when you’re operating the largest single collection of connected humans in history, there are certain responsibilities that come with that. Facebook explicitly acknowledges such on more extreme cases of criminal activity, but it has seemingly struggled to grasp the fact that its various tools can cause real-world harm in many other ways.

But now, in the wake of the Capitol Riots, that perspective appears to have changed, at least somewhat. And within this, the importance of Facebook’s Oversight Board project is now more significant than ever.

And soon, the board will face its first major test, in deciding whether to let former US President Donald Trump return to the platform, either overturning or upholding Facebook’s ban.

Facebook initially banned Trump back in January, the day after the Capitol riot, citing Trump’s ongoing use of social media to provoke dissent which had lead to the incident. Facebook has upheld that ben ever since, even removing clips of Trump posted by friends and relatives in order to keep him off its apps.

The action against the former President has seen support and criticism in equal measure, with many raising significant concerns about Facebook’s power to silence whomever it chooses.

But in the end, this major decision will come down to the new independent board, which is working through the case right now, and will soon publish its findings.

The board released an update on the case today, noting that:

“The Board will announce its decision on the case concerning former US President Trump’s indefinite suspension from Facebook and Instagram in the coming weeks. We extended the public comments deadline for this case, receiving 9,000+ responses. The Board’s commitment to carefully reviewing all comments has extended the case timeline, in line with the Board’s bylaws. We will share more information soon.”

The sheer volume of public responses underlines the significance of this case, and many do believe that the Board will in fact reinstate Trump, reversing The Social Network’s original decision.

That could have significant implications in future – as noted by tech journalist Casey Newton this week:

“If Trump does return to Facebook, it’s easy to imagine him landing right back in the Oversight Board queue. The Twitter-like statements he issues from Mar-a-Lago these days are chockablock with lies about how he “won” the election in a “landslide” that, if placed on Facebook, could amplify the potential for real-world harm. There is a chance that the Oversight Board could be asked to weigh in on every single thing Trump posted on Facebook if he returned.”

Of course, it’s not the Oversight Board’s job to determine the future implications, it needs to rule on each case, based on its own merit. And within that, there is a strong chance that the Board will vote in Trump’s favor, giving the former President a direct line to his millions of supporters, likely sparking a new round of political dissent and division as he moves towards the next stage, whatever that may be.

Trump has reportedly been very keen to return to social media, and regain his unfiltered link to his fans. Trump’s team has been investigating variations of its own social platform, which would look to take a more open, free speech approach, but even if Trump and Co. could come up with a viable alternative platform, it would never provide Trump with the reach that he can see through Facebook and Twitter, which is, arguably, what initially saw him rise to power.

There are significant concerns within that, but the remit of the Oversight Board is to determine the facts of the case for Trump’s initial ban, and rule on Facebook’s action.

Did Trump deserve to be banned? It’s hard to argue against the fact that Trump did incite his followers to protest the election result, which eventually lead to the Capitol riot, but given Facebook’s past inconsistency in policing Trump’s claims, there is also a question as to whether its rules were clear enough to Trump and his team, and where the line existed on what Trump could and couldn’t say.

And Trump also didn’t directly ask his followers to storm the Capitol, as such. But did he provoke them enough to justify a ban? Should world leaders be exempt from such rules, given they’re elected by the people, and the people then have the right to hear what they have to say?

When considering the broader implications, it’s clear that this case is about much more than just the banning of Donald Trump – the eventual findings could have major implications for Facebook’s policy on the same moving forward, establishing clearer rules on how people can use the platform, and how elected officials, specifically, are able to communicate via social media.

In this sense, it will be fascinating to read the full rundown of this case, and to view Facebook’s response.

This could be a major turning point for such policy, which could lead to the implementation of more specific rules on the same moving forward. Which is what we really need. While many will agree with the Trump ban, what’s rerquired now is a specific and detailed overview of what the social platforms will and won’t allow, clarifying the approach from here on out.

The core element lies in acknowledging the harm that can be caused by posts and tweets, and their amplifcation within each app. Facebook, in many ways, still refuses to accept this, but this ruling could make the importance of such absolutely clear.

The Power of TikTok for 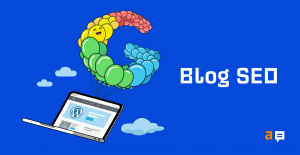 The Power of TikTok for Marketers and Advertisers [Infographic]